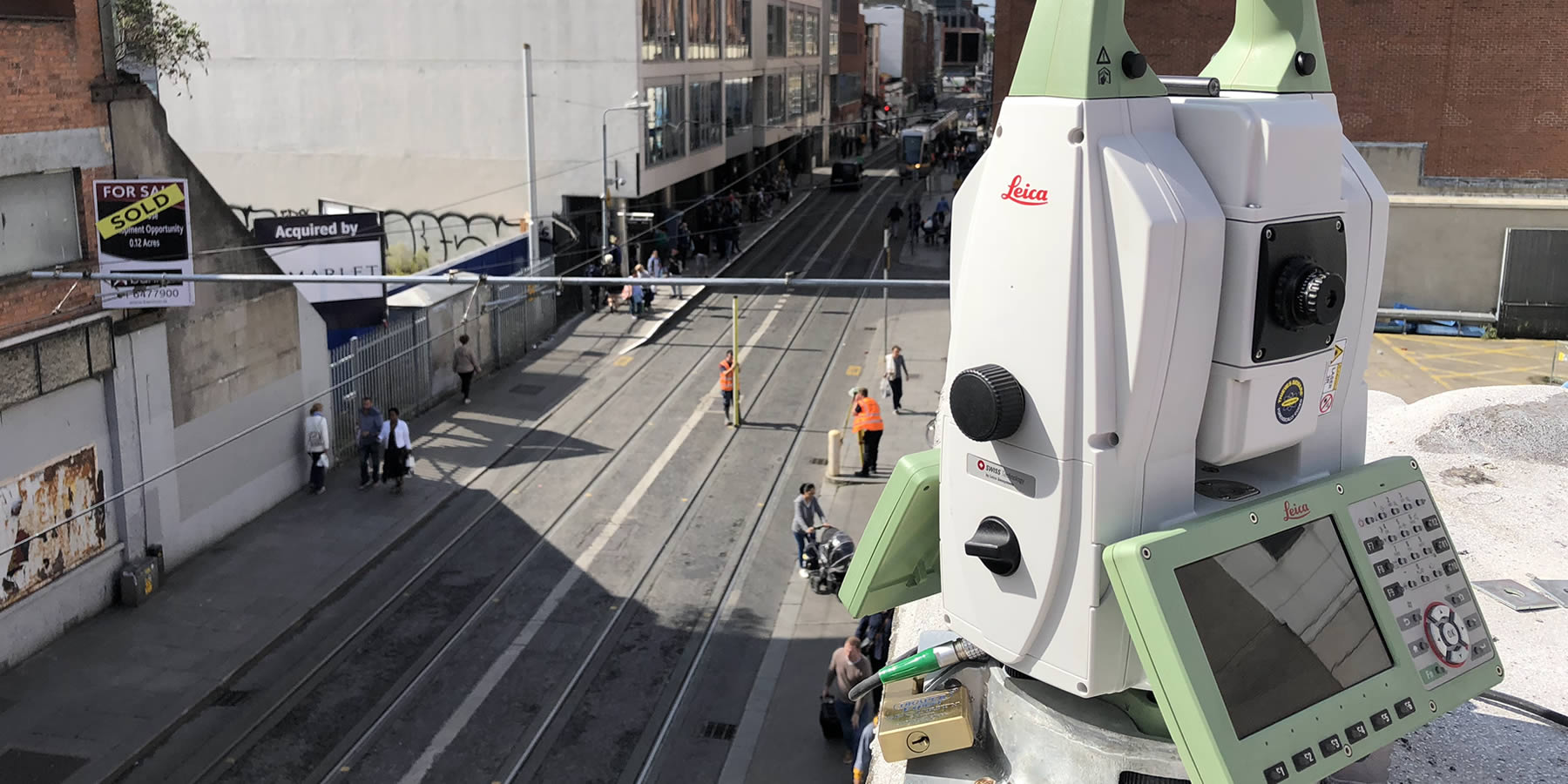 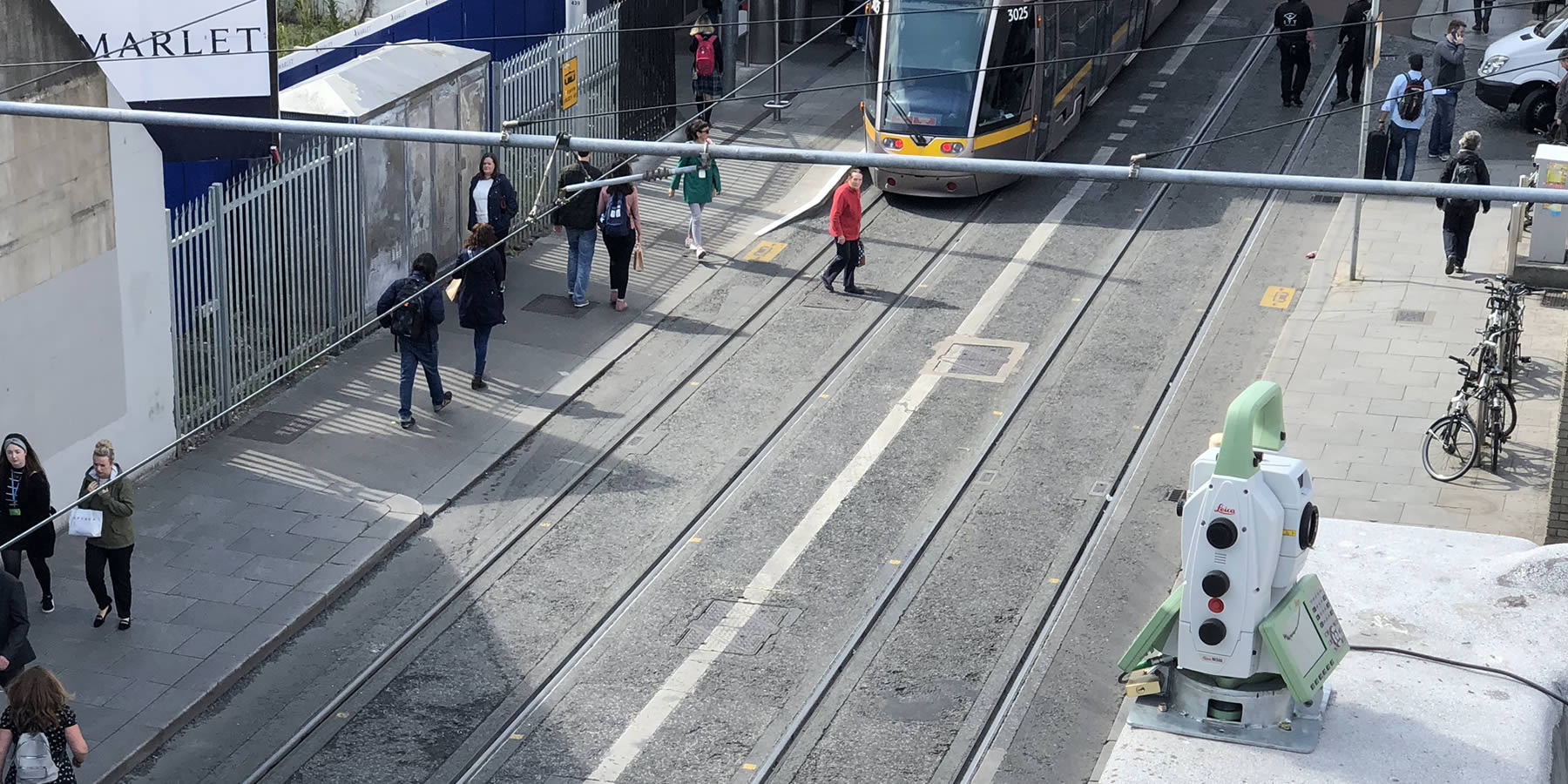 Planning stipulated the monitoring of the existing surrounding buildings, and the LUAS tracks, which run parallel to the site of the demolition works.

“Our on-site core activity included scanning of the LUAS tracks using Leica’s flagship robotic Multi Station MS60 instrument. The multi-station surveys the street every two hours and sends the data directly onto a secure webpage for the relevant parties to review.

“This data is then checked and compared to historical data allowing a safe protocol to be followed. Physical on-street precise levelling was undertaken weekly to provide the contractor with assurance and a back-up that the automated monitoring was working as planned. Vibration monitoring was also carried out on surrounding buildings during the demolition and construction phase.”